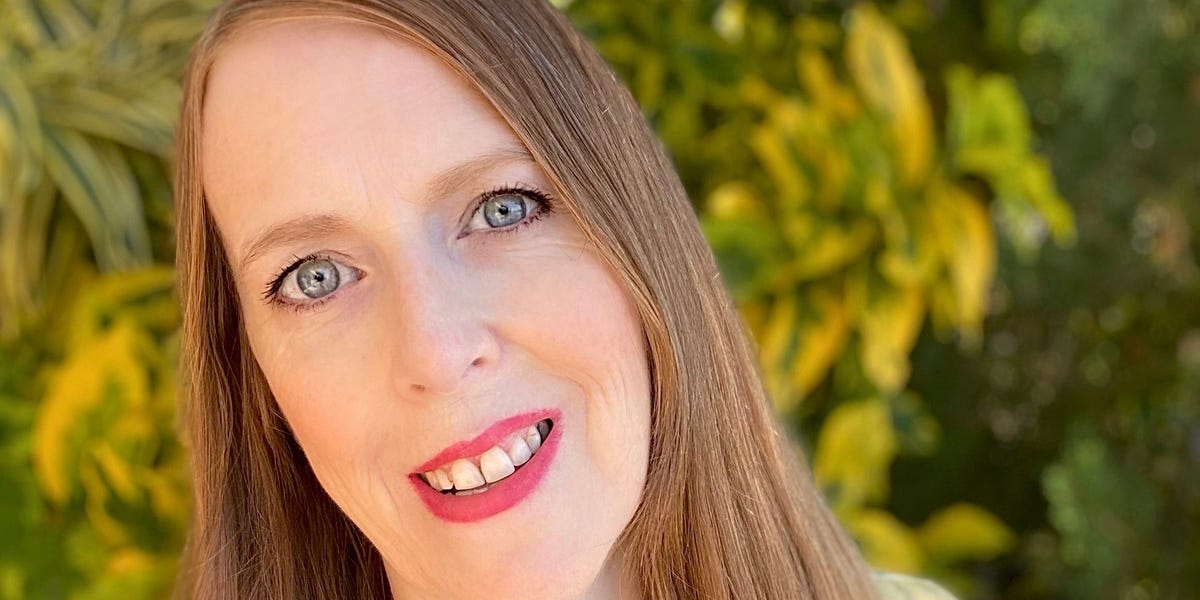 Most cancer patients would rest after undergoing round upon round of chemotherapy, but Antonia Hall said she defied her oncologist’s orders by continuing to be a workaholic, sitting at her desk for up to 16 hours a day.

“I was determined to build my brand,” the publicist-turned-sex therapist told Insider, adding, “I didn’t prioritize my health and wasn’t listening to my body..”

Her cervical cancer went into remission in 2007. But Hall’s cancer came back four years ago. She would sometimes work propped up in bed during her treatment of her.

She said she became dangerously thin and, at one point, weighed 76 pounds.

But, according to the 51-year-old, it wasn’t until May 2019, after she got the all-clear for her cancer but experienced agonizing pains in her back, that she finally listened to her doctors. They told her to rest at home, quit working 16-hour days, and get more than her usual six hours of sleep.

“I knew I had to change my life if I wanted to stay alive,” Hall said. She spent four nights in the hospital before being diagnosed, at the age of 47, with spondyloarthritis, an inflammatory disease of the joints and spine.

Now she has written a self-help guide, “The Happy Human Playbook: a Practical Guide to Healing Body, Mind and Emotions with Joy and Pleasure” which explains how she ditched her punishing schedule in favor of a calmer existence.

Hall quit her workaholic ways and focused on her well-being

She said she resolved to split her time between Los Angeles, California, and the more laid-back environment of Maui, Hawaii where she became more mindful and grounded by doing things for herself, such as meditating on the beach. This awakening, she said, inspired her to release a previous book called, “The Ultimate Guide to a Multi-Orgasmic Life.”

“I believe in having an orgasm every day,” Hall said. She became vegan and, she said, swore by the medical use of cannabis mainly in the form of vaginal suppositories, to ease the symptoms of her health conditions.

But, Hall said, while her mental health improved, some of her physical problems got worse while others appeared for the first time.

She said that her spondyloarthritis got so bad, she became hunched over and had to start using a walker.

Then, in August 2021, she said she developed gallstones.

“I had emergency surgery when my gallbladder was removed. They took out my appendix as a precaution and a lymph node was taken for a biopsy,” she said.

Then, three months later, Hall said she was told that her hip bone was degenerating, partly because of the spondyloarthritis. She had a hip replacement operation after which, she said, she was hospitalized for 17 days.

“It honestly felt like I’d had ‘The Perfect Storm’ of health issues,” Hall said, referring to the 2000 film, “The Perfect Storm,” about a rare convergence of weather conditions that caused death and destruction.

She added “After everything I’d been through, I knew I was lucky to be alive.”

She said she believed that the “positive mindset” she developed in 2019 after her second bout of cancer has served her well. She said she weaned herself off her walker and now uses hiking sticks to stand upright and get around. Her pain from her has mostly subsided and she said that she’s “looking forward to what the future holds.”

“The doctors and nurses kept asking me why I kept a good attitude,” Hall said, adding, “I think it’s because these challenges have given me purpose.”