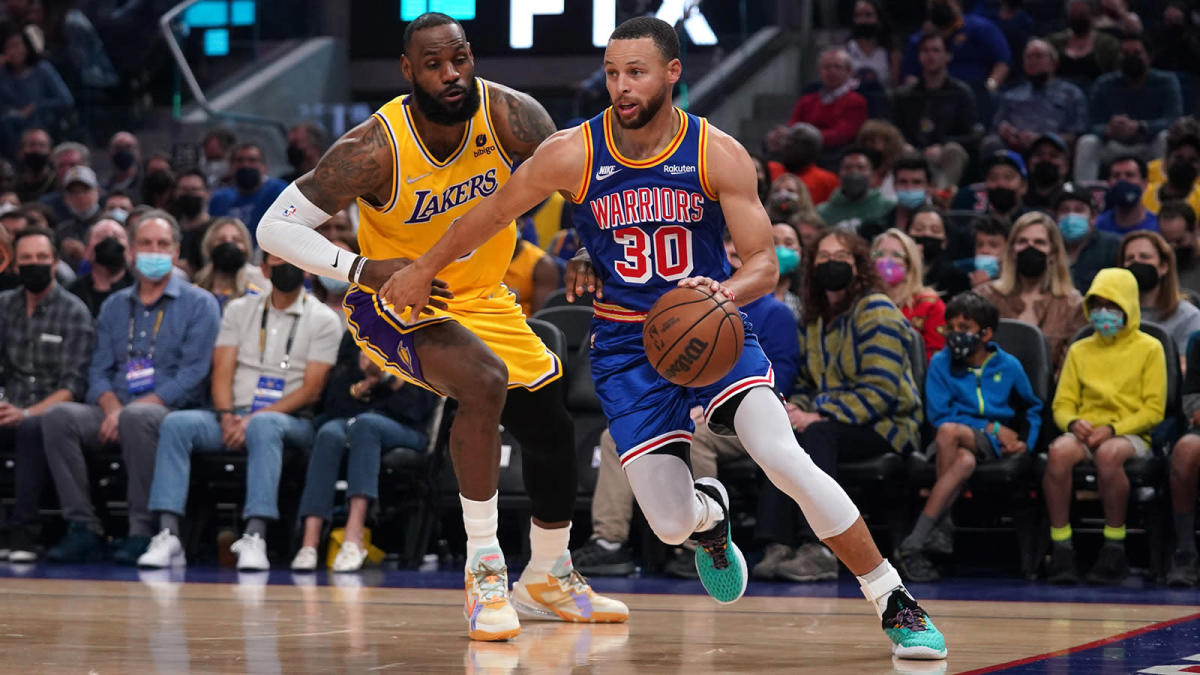 SAN FRANCISCO – For the fourth summer of his NBA career, Stephen Curry can wake up each day wearing the smile of a champion and then peek toward multiple MVP trophies. In a league of 450 active players, only one other has experienced this with such frequency.

Though the careers of Curry and James do not precisely parallel — they were drafted six years apart — they are forever connected by the tetralogy, four consecutive NBA Finals during which Steph’s Warriors confronted LeBron’s Cleveland Cavaliers. Each man is deep into his 30s and neither has known a more abiding and fascinating adversary.

They are rivals entering twilight, which makes comparison fair game. A warning: The opinions here stray from typical NBA debate. We come not to belittle one to flatter another. Steph and LeBron have earned enough respect to be immune to palaver.

Two assertions are beyond debate. The first is that LeBron has done things Steph never could. At age 22, he took a pedestrian roster, the 2007 Cavaliers, to the Finals. Though they were swept by the San Antonio Spurs, getting that squad through the Eastern Conference was one of the most miraculous achievements in 21st century American sports.

The second is that Steph has done at least two things LeBron never could.

The second is that Curry has influenced the direction of the entire sport. His imprint of him on basketball is greater than anyone since Michael Jordan – and in one way even bigger. Steph has taken the 3-point shot, formerly the domain of specialists, and made it central to success. He is, literally, a game-changer.

The NBA is, by that measure, Steph’s league — even with LeBron in it.

Andre Iguodala entered the NBA in 2004, one year after LeBron, and has played with or against everybody from Kobe Bryant and Allen Iverson to Luka Dončić and Kevin Durant. Iguodala is among the keenest observers of the game and has experienced its evolution. He grasps the significance of Curry and marvels at his ownership of the 2022 Finals.

“You’ve never seen a guy his size dominate the league like this and just to put the weight of everything on his shoulders throughout a Finals series,” Iguodala says. “We all saw what he was doing to them boys. Normally you get a guy that’s a center, like Hakeem (Olajuwon) or Kobe Bryant, LeBron James — those guys are 6-7 and taller and they can get to their spots and shoot over guys.

“But a guy his height who is ‘vertically challenged,’ just, you saw it, we all saw it. It was just unbelievable.”

Curry, at 6-foot-3, has made basketball accessible to many who would have been dismissed in the era or Jordan or Kobe, when scouts were seeking hyper-athletic wings with the hope of uncovering someone who could do half the things MJ or Kobe did Steph has scouts scouring Division II rosters for shooters. He is why Max Strus has a job in Miami, why Desmond Bane can be a star in Memphis and why 6-foot-1 Alfonso Plummer – even at age 24 – has a chance to hear his name called during the NBA draft Thursday night.

Another category where LeBron or anyone can compete with Steph is in fostering an engaging, inclusive environment. While LeBron’s teammates sometimes seemed almost fearful — or smothered, in the case of Kyrie Irving — Curry was an active recruiter in the pursuit of KD and sets an approachable tone in which every member of the team feels of value.

“Everybody on this team is selfless, from the top all the way down the food chain,” Jordan Poole says. “The humility that guys have, we want to see everybody be successful. We want to win games. And being able just to have that with as talented of a team that we have is rare.”

This would not be true if Curry weren’t there to ensure it. His combination of generational offensive ability and routine affability are the keys to Golden State winning more championships than any other franchise since he arrived in 2009.

“The thing with Steph is, you know, without him, none of this happens,” coach Steve Kerr says. “That’s not taking anything away from Joe (Lacob) and Peter’s (Guber) ownership, because they have built an incredible organization. Bob Myers, hell of a GM. Our players, we have had so many great players. But Steph ultimately is why this run has happened. Much like Timmy (Duncan) in San Antonio.”

Jordan’s cultural impact might never be equaled. His shoe brand from him has prospered through two generations, with no reason to believe it wo n’t make it three or four. Neither LeBron nor Steph could compete with that.

MJ won six rings and five MVP awards and is generally placed No. 1 on any list. LeBron won four championships with three different teams and owns four MVP awards, all before Steph won his first. Curry has four rings and two MVP awards, including the only one by unanimous vote. LeBron and Steph belong in the all-time top five.

What neither MJ nor LeBron did was change the game. Too unique.

Steph did. By being the most common uncommon superstar we’ve ever seen.